Blog is picture-heavy and may take a long time loading on some computers.

(Above stamp used with the expressed permission of SonicMinion at DeviantART.com. See below gadget for link.)

Links to Stamps Used with Permission

Smart, playful with an off switch, sneaky, cute, funny, quirky, and tolerant

Be Careful on the Web!

Music (Click pause if you want it to be quiet) 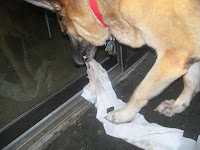 I had a great birthday, everywoof. I'm 11 years old now. I don't feel old. Do I look that old? Anyway...
I got extra treats today.
Mistress and her mom and brother took me on a long carride this afternoon. We went several places. At the bank drive-thru, the lady at the window gave me a treat. I didn't eat it right away because I didn't have a reliable surface to eat it on until mistress let me eat it over her lap.

Then we got a soda at the gas-station and mistress let me drink some of hers in a separate cup. It tasted good, but I didn't like the fizz-y sensation on my tongue.

Then we went to DQ and mistress got me a small vanilla ice cream cone. It was cool (pun intended:D) and I loved it. The cone itself didn't seem so luscious, but I ate it because of the ice cream on it's sides. (I had to eat in the bed of the truck since dogs aren't allowed inside DQ and so I wouldn't make a mess in the cab of the truck..)

After mistress led me back into the cab, a guy walked by complimenting me. I growled a little because he came suspiciously close to the truck, but mistress told me to quit in a whisper, so I just stared at the guy in a funny way. He asked what was wrong and mistress said, "Nothing. She just had an ice cream cone."

(BTW, I know that soda and ice cream is bad for us dogs, but it's just my birthday, a once a year occasion.)

Mistress fed me some of Treader's raw chicken thighs for supper, which was super. 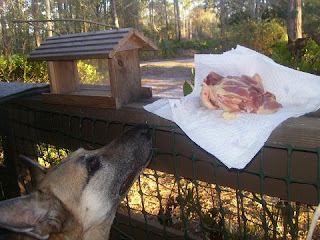 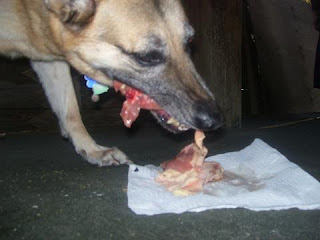 Then I played with the napkins: 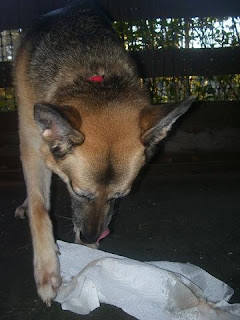 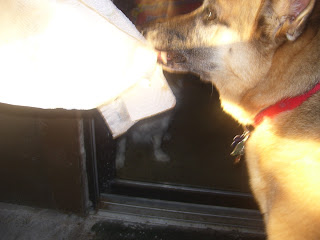 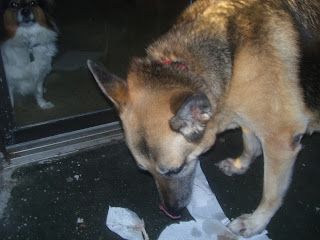 Treader thought that the napkin was food! 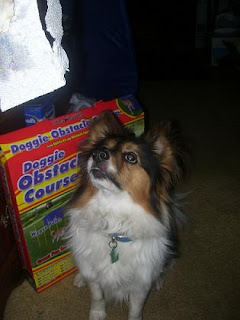 Then the other night we had Frisbeeeeee fun: 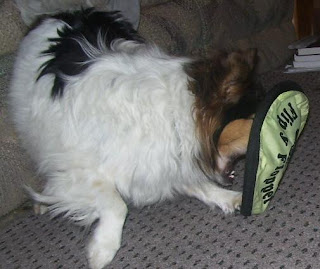 Then I got my turn, and I'm out of practice, so I kept missing... 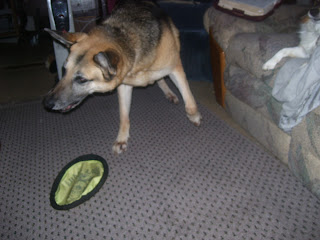 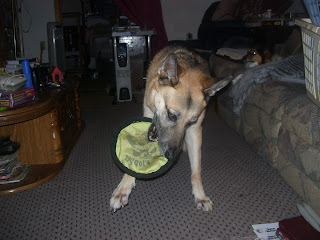 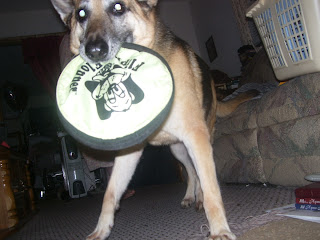 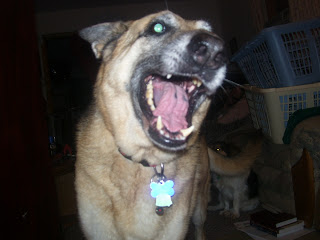 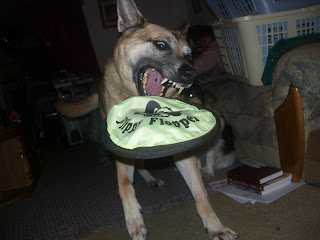 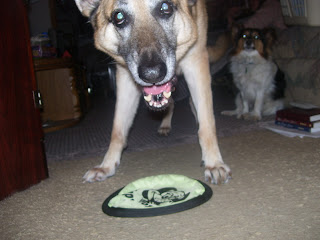 "Throw it some more!"

Then I started enjoying it so much that my head started turning into a Frisbee... 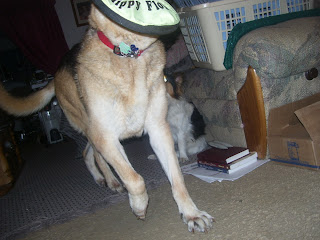 Kidding. It's just the position of the Frisbee that makes it look like that. 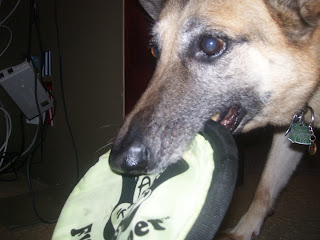 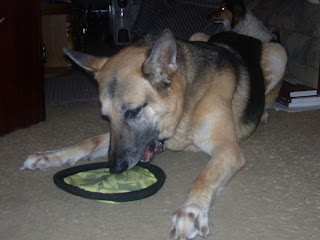 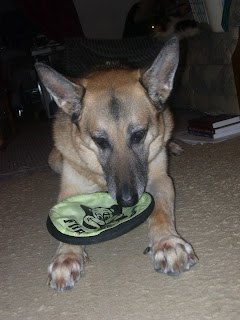 Oh, and Treader got loose again this evening. Mistress told him that if he didn't come in right now, he'd be camping outside for the night. He ran off when she said that, so she just told him "Happy Trails!" and went inside.
But then Treader came up to the door wanting back in later and mistress gave in.
Posted by Questdriven at 10:37 PM 1 comment: